I wrote a new article about the show from another angle in the Concord Monitor,Concord, NH


I just read the article and found it botched beyond recognition:In any case the link has expired.

Here is the original:

It is commonplace to think of Abstract Art as solely work of the imagination and fantasy and Realism because it represents recognizable things as well! Real. But we have to ask: What is reality? Big questions that we don’t ask ourselves everyday but they have to be asked and are asked by the artists in this show. Just to ask it means there initially has to be more than one answer. Another way of putting it is as follows: How is the world we live in shaped. If we turn on the TV and watch our favorite sitcom it will no doubt be staged in a living room, a kitchen or an office, enclosed spaces where a small group of people exchange quips and repartee that remind us enough of your own life to keep us glued to the screen. This constrained world where we recognize ourselves most easily is the one we live in for the most part at home with family and friends or at work with colleagues and this is the world that is most often depicted in Realistic painting. But if one steps back from this conventional arrangement of people and things and ask how is this scene transmitted to our eyes in the first place, how is it shaped by us into a believable world, then we enter into the world that Abstract Art is better suited to depict. 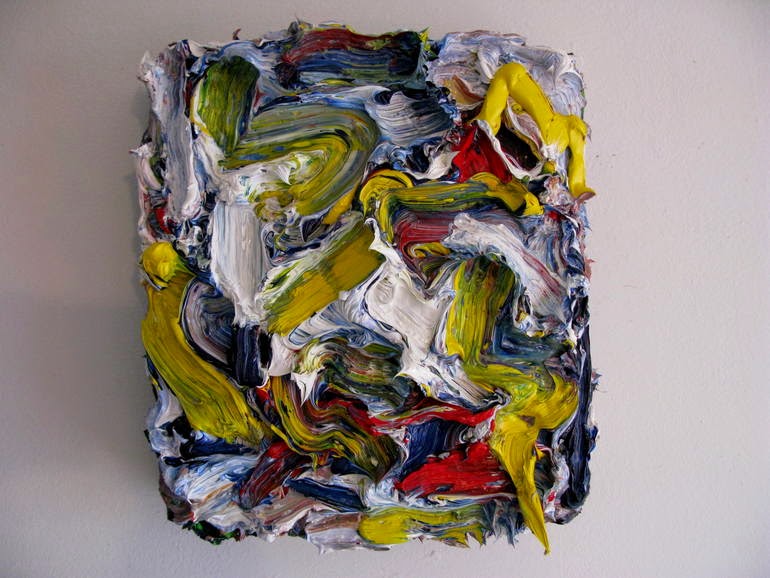 It is a world that is put together by waves of light, broken down into a spectrum of colors and transformed by the complex physiology of the eye into the image we see in our mind’s eye that we call reality. It is also a world of laws and principles and mathematical formulas. If we look out our window and see our garden it is not just a beautiful landscape with trees and shrubs but through science we have knowledge of how a tree grows, how it absorbs energy from the sun, and adjusts to the seasons or climate change. Science has penetrated so deeply into the goings on of the body that there is no longer just one doctor to take care of you but a myriad of specialties for each organ and function of the body. Let’s imagine for a minute the effect of science on an artist like Matisse. The show of his abstract cut-outs that he did at the end of his life just closed at the Museum of Modern Art, and was one of the best attended shows in the history of the Museum. At the Armory show in New York in 1913, that showcased the avant-garde of Europe of which Matisse was a part, there were protests over what was perceived as the cold and inhuman nature of that kind of work. A little more than a hundred years later abstraction is sufficiently assimilated into the culture that crowds no longer express horror at its perceived crudeness but have come to praise its beauty. All that Matisse did in his work was to acknowledge the role of color in our perception of reality and push it to the foreground of his depiction of the world. He found that color when used in isolated patches of warm and cool can be used to rebuild reality on another platform. He understood that eyes use receptors that respond to color as well as light and dark. Until the Impressionists picked up on what the scientists had already studied in the physiology of the eye, art tended to use color in a literal sense of say the color of a dress being green or red. But when you realize that red and green are an optical construct of the eye, it opens up a whole new energized world that ultimately leads to abstraction.

The artists in this show are probably the fourth generation of abstractionists since the turn of the last century. The general direction of abstraction since Matisse has tended toward simpler and less empathetic shapes that ended in a movement called Minimalism, which dominated the art scene in the Sixties and Seventies. Many of the artists in this show studied with artists who were Minimalists or proposed in their teaching the use of austere and simple shapes like a square within a square or just a canvas of one color. We are all in our own way either wish to break out of Minimalism stylistically or add the human psychology that Minimalism ignored. In the work of Paul Pollaro it is the darkness and power of the earth not lit by the light of the Sun. Jason Travers with his multi-paneled paintings is the most beholden to Minimalism of all the artists in this show. On at least one panel within each painting there is one that is a romantic atmospheric landscape. He pointedly seems to say: Is flatness all there is to the goal of painting since Matisse. Susan Carr’s work comes out of the tradition of Abstract Expressionism that preceded Minimalism. There are none of the smooth flat planes typical of abstract art, just thick paint that is heavily reworked that seemingly comes from a deep source like molten lava pouring out of a volcano. My work reintroduces gestural marks that are three dimensional as a reference to the three dimensional language of perception that had had been part of representational painting prior to abstraction. The colors play with the notion that color can be appetitive as well as just optical and evokes flavors. Addison Parks uses the push and pull of Matisse’s color language merged with the iconic shapes of nature to express the vitality of organic form. His interests in the origin of abstraction in Matisse remind me of the work of Bram Van Velde the famous Dutch painter admired by Samuel Beckett.

As Art moves forward in its explorations it does not abandon earlier movements but, as it moves toward ever broadening horizons, it circles back to relive what was left behind. That is the strategy of the artists in this show. We create a sort of hybrid art by taking the language of abstraction and infusing it with the emotions of real life associated with realism. 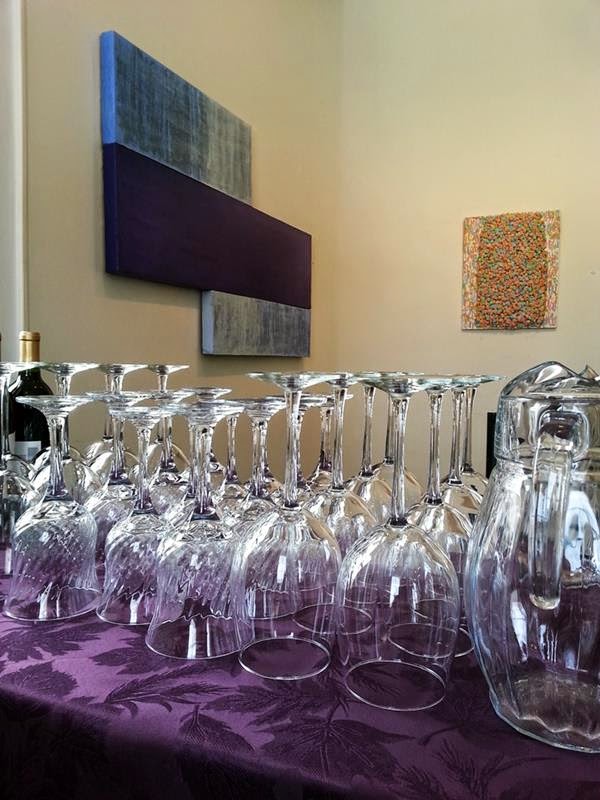 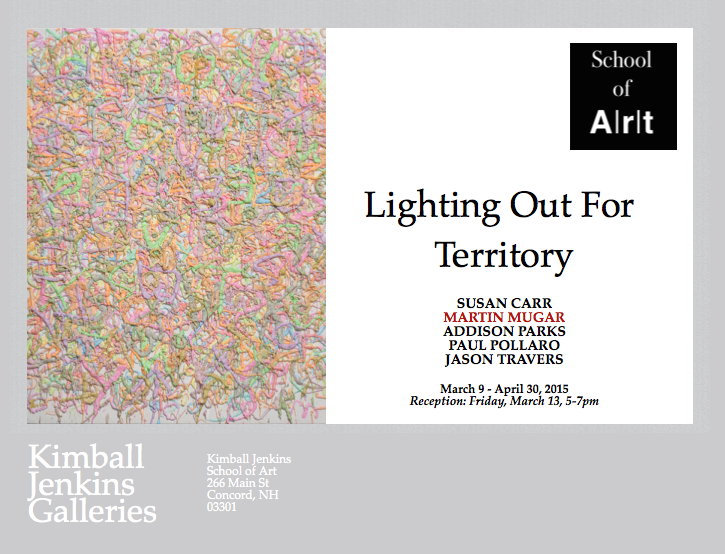