As I began to think about finishing my reading and reviewing Jed Perl’s monumental second volume of the life of Calder, the art world was inundated by the responses to the publication of Blake Gopnik’s thousand page book on Warhol. I gathered from a few exchanges with Gopnik online that he sees the media saturated work of Warhol and Koons as the incontrovertible art of the present and in that sense world changing. The edge between mass culture and the individual has broken down and this duo with their philosophically hip intersubjectivity are defining the present and are the wave of the future. I came away with this encounter with Gopnik and the reading of Perl with what seemed to be a vision of two worlds diametrically opposed. On the one hand you have Calder who has uploaded the modernistic visual language of Miro into his own mobile work and in so doing added to its self-understanding as a transcendent language in defining the modern experience. He then heroically shepherds it from the world of kinetics down to earth into stabile sculpture where it takes its place in the public spaces created by the new urban landscape. On the other hand you have Warhol downloading the images of mass culture into his consciousness and calling them or at least being called by the art world high art. To make that claim requires that we acknowledge the overwhelming reality of mass visual media(television and movies) as dominant of the world we live in. It is a passive acknowledgment of the way the media colonizes our consciousness. It is in a sense reactionary as it is based on a parallel understanding between the flat screen of painting and the flat screen of the cinema and television. Nothing can be more antipodal to Calder who explodes the flat images of Miro into mobile 3D imagery. It is a continuation of the modernist vision of transforming our science-based notion of space and time started by the cubists. The history of Western art experiences this sort of upheaval periodically as in the perspective of the Renaissance or the chiaroscuro of the Baroque. Caravaggio’s chiaroscuro affected a change on painting that lasted three hundred years until its decadent manifestation in the Salon painters. Even the epigone of “everybody can be an artist” Jerry Saltz has come out with an article in New York magazine acknowledging his world changing genius.(did he plagiarize that as he did my exercise on abstract patterns from my book on drawing and painting where I made the above point about Caravaggio? ) 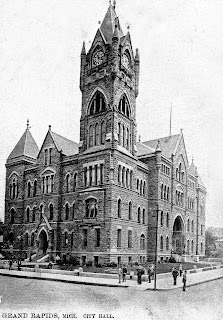 In the context of Gopnik’s attempt to supplant the centrality of the modernism of Picasso and Miro with the media critique/pastiche of Warhol, Perl’s book could not be more timely. It reminds us of the uniquely inventive transformations that individuals bring to the greater culture. If Gopnik’s Warhol gives credence to the importance of the mediated world we live in by downloading its banality into his imagery, Calder uploads the individual creations of Miro into sculpture with a new notion of time and space. Reading Perl’s description of Calder’s life midst the movers and shakers of modernism creates a lucid image of the negotiations and strategies these artists pursued as they take their place on both sides of the Atlantic in the creative storm of modern art. Those events take place in the context of the political turmoil of the 20thc that could have easily swallowed them up. Interestingly, we see that the intellectual evolution of Calder’s work seems to parallel the architectural transformation of the urban scene so as to create a kind of urban space starting in the 1950’s perfectly adapted to Calder’s work. At the very beginning of the second volume, Perl describes the events leading up to the installation of the stabile “Grande Vitesse” in Grand Rapids Michigan. There was a newfound pride in the city that created sufficient wealth to replace the antiquated landscape of 19thc America with a sleek new modernism. Although the industrialists were for the most part pedestrian in their artistic tastes, in the case of Grand Rapids one town father was married to an artistic sophisticate Nancy Mulnix who had been aware of Calder’s work early in her life and was an aficionado of modernism at a time when a taste for its subversive ideas was not shared by the general public. Perl reminds us that the world out of which Calder’s work came was defined by the writings of Joyce, the art of Picasso, the music of Stravinsky and the dance of Balanchine. At mid-century this was still the avantgarde. As the old 19thc Grand Rapids succumbed to urban renewal and the 19thc city hall despite protests from a public ,who as in so many cases such as Boston, came to appreciate the old just as it was being destroyed, a new city hall was being designed by Skidmore Owings and Merrill. (Ironically some of the modern buildings that replaced 19thc Boston are slated for demolition). The building that might have looked impressive if it was on the scale of a New York City skyscraper it comes across as a rather squat low budget expression of the modernist spirit. Doing some research on the Vandenberg plaza now commonly called the Calder Plaza, it appears that to this day few citizens are pleased with the outcome of the urban renewal of a half century ago. Much nostalgia is expressed toward the destroyed city hall. However, the disappointment over the antiseptic urban space does not extend to the Calder which is for the most part admired and appreciated on its artistic merit. The high tide of modernism left its mark with numerous Calder’s throughout the Urban landscape. 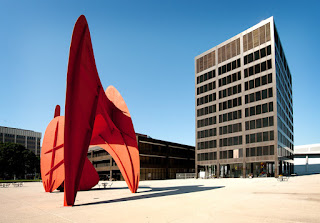 What intrigues me is the lifespan of artistic ideas from their inception and to their waning.  Perl does a marvelous and painstaking job doing contact tracing of the ideas of Calder and the avant garde of the time. He was the avantgarde and Man Ray is the only other American I can think of who played as successfully in the transatlantic stage of modernism as did Calder. One gets a sense of its transcendent nature of ideas being exchanged from mountain peak to mountain peak although the image that often comes to mind is a rather mundane one of a ball being tossed sideways or downfield in a match of rugby on its way to its destination. Or maybe a better one would be the Monty Python soccer match of philosophers shouting out their oracular insights to the world without going anywhere. Although Calder was not a theorist and kept his ideas to himself, Calder’s world seemed to function on the belief that ideas matter and that his work was destined to be the vehicle for a new expression of time and space. The ball that is being passed around on its way to the stabiles started out with Miro. One sees its effect on Gorky. So dominant and salient is his influence Perl at one point in the book wonders if Calder who was a neighbor of Gorky in Connecticut had influenced Gorky’s late work. Maybe so, but a case could be made for the parallel influence and evolution of Miro on both their oeuvres.
The ideas embodied in Calder’s work are embedded in our day to day life. The most salient  example are the mobiles as the conceptual basis for crib toys. It is easy to ignore the fact that their prevalence has to do with the depth of their scientific understanding of time and space. Mondrian and de Stijl had an influence on architecture and fashion but to have transformed the experience of a child’s first years of life is quite astounding. Moreover, they are so seamlessly inserted into that realm that it is hard to imagine crib life without them.
But this is the way that new concepts work. They shake things up reshaping the world we live in. And then because of their ubiquitousness like electricity their conceptual depth is forgotten.
Reading “Calder” required an adjustment of my habitual expectations of the reading of Perl’s writing. I always enjoy his incisive critique and deflation of the art “powers that be”. I have spoken with many artists who are part of his fandom. We all seem to suffer in silence from the exclusivity of the art world with Perl our sole public voice. I wonder if they found it difficult to read a book by Perl that is unequivocally enthusiastic about its subject. Calder’s life is nothing short of a never-ending story of successfully achieving venues for his work and the best critical response. The successes come from the start: being born to a family of artists who provided important career connections, a perfect marriage, meeting up with the French avantgarde at the right time,  joining the transatlantic artistic aristocracy and then toward the end of his life achieving a near total conquest of the world of public sculpture in the USA and Europe. The only way to read this biography is to go along for the ride. Perl has provided not only the large arcs of that life but the infinitesimal detail. 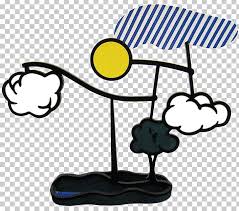 The strange disconnect of this glorious life and work and its seamless embodiment of a positivistic scientific understanding of time and space seems distant from our postmodern times. A large majority of what is exhibited manifests the societal critique of the self, caught in the web of a societal construct whether it is shaped by a notion of Marxist false consciousness or the pandemic of social media.  This is Warhol’s era. Cynically Ironic. Power hungry. No wonder that Warhol and Trump were both mentored by Joe McCarthy’s lawyer Roy Cohn. 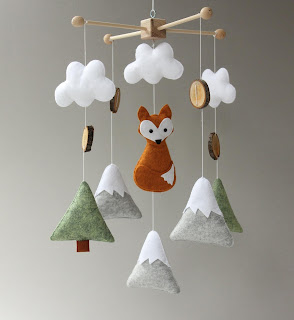 this essay has been picked up by Woventale Press with some edits that accentuate the difference between Warhol and Galder
Posted by Martin Mugar at 9:11 AM