My Visit with Edwin Dickinson 1970

I first saw Dickinson's work in the Biennale in Venice in 1968 where he  represented the USA along with Red Grooms. As an aspiring young figurative painter at the height of Abstraction's popularity, I was anxious to find someone whom I could look up to as a mentor. In Dickinson I found that person. I was overwhelmed by the sensitivity of his work and, in particular, the magic of his small studies and drawings which captured a sense of the  moment that I saw nowhere else in the New Realism of the late 60's and 70's. 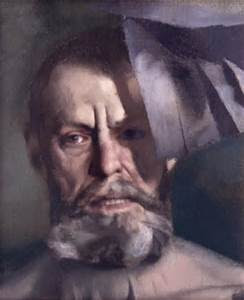 The romantic identification of self with light, space and objects seemed closer to the artists of the 19th than the 20th century. I was so taken by the work I wrote him a fan letter. I did not get a reply until the Summer of 1970 when a letter from him was forwarded to me at the Yale Summer School of Norfolk, where I was a student, asking me to come visit him in Wellfleet. I remember Bernie Chaet was there when I opened the letter and I recall that he was impressed that I was in communication with such an artistic luminary as Edwin Dickinson. 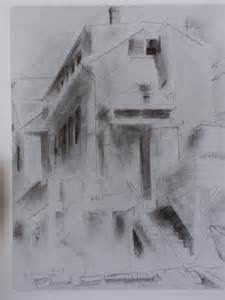 When I came home from Norfolk I gave him a call to set up a time to visit. I remember that he was curmudgeonly and berated me for not having a calendar in front of me when we looked forward to  setting up a date for the visit. He told me that he deserved more respect than I was showing him. I was to learn later that he had recently suffered a stroke and that the consequent brain damage had altered his personality. 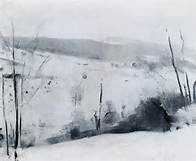 His wife greeted me at the door of his home, an antique Cape in Wellfleet, at the end of a long driveway, where it overlooked the marshes. Mrs. Dickinson, who I recall was a lot taller and younger
than Edwin, was clearly orchestrating the visit. After a few formalities, he took me back to his studio where he regaled me with stories of his life at sea. He had clearly had led an adventurous life beyond the studio, which had some effect on the way I viewed my own career and in particular my decision to move to Europe  after grad school. I had brought down some recent works for him to critique but he refused to look at them saying he had given out too much free advice in his day. That uncharitable response I again attribute to his stroke, although at the time, I was very much hoping for his stamp of approval. 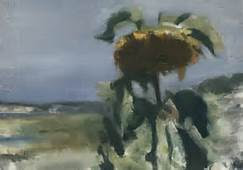 When I visited him he was clearly past his prime and the exchange was not as I imagined it would transpire. However, to this day, his work can still cast its spell on me and I feel fortunate to have spent that afternoon with him. If you are to place him in the pantheon of American artists it is best not to see him as a modernist at all but a preserver of 19th
century  transcendentalism. A continuation of the tradition of Inness and Ryder.

The identification of self and nature is antithetical to our contemporary zeitgeist and I don't expect that to change any time soon. His sense of the moment in painting was sharper and more of an event than for Inness and, in that sense, more akin to action painting  and therefore more contemporary. It just does not have that hard separation of self and world that is the hallmark of everything modern.